Spotlight on The Orr Family 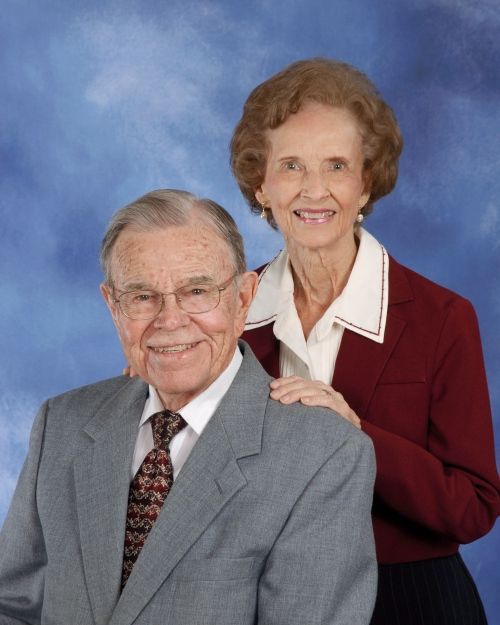 This week we shine the spotlight on the Orr family,

Billy was born and raised in Macon, and his homestead is just down the street from the church, across from what is now
Vineville Academy.  He was on what the church called the “cradle roll”- born into the church and officially a member when he was confirmed at age 10.  Growing up, his father sang in the quartet that preceded the choir in worship.  Billy would often sit with his father during worship on the floor of the chancel area where he was hidden from the congregation.  He met Gloria when she was 15, and they were married six years later.  Gloria is a graduate of Wesleyan College and worked as a lab
technician for different hospitals and doctors in Macon.  Originally from Decatur, GA, she joined Vineville when they were married in 1947.  Other than a two-year stint in D.C., they have lived in Macon their whole married lives.  Billy worked as a pediatrician for 50 years and has sung in the choir since its inception.  Gloria was heavily involved in UMW.  They loved to travel, especially to Europe, regularly traveling with Billy’s brother and his wife.  They have five children, and this June will mark their 70th wedding anniversary.