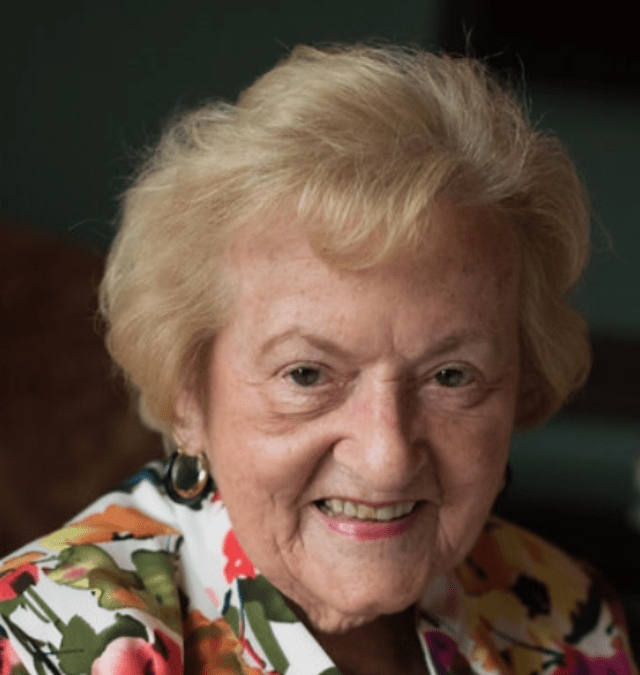 My husband, Clyde, and I met on a blind date, which was arranged by a mutual friend who later married my sister.  At the time,  I was attending the School of Nursing at the Medical College of Georgia.  Near the end of my sophomore year, we got engaged and married that fall.  We began our married life right here in Macon where my husband was employed at Memorial Chapel Funeral Home.  We lived here for seven years with the exception of one year spent in Nashville, TN where Clyde attended Mortuary School.  While at Vineville in those early years, we attended the Webb Class, and our son was christened here.  Clyde’s career in Funeral Service took us from Macon to
Tifton, Atlanta, and Milledgeville.

We decided years ago that we would eventually land in Macon, as our daughter, son-in-law and our grandchildren were here. We moved here in February of 2012, but sadly Clyde was battling metastatic lung and brain cancer.  I  began looking for a church, and after attending just one service at Vineville Methodist, I came home and told Clyde that Vineville just felt right. We had now come full circle to where we began our marriage. He was never able to go to church after we moved here, and I didn’t join until after his death in November of 2012.  I was pleased to find the Webb Class with a couple of members from “back in the day.”  We were actually here during the time that Jim and Emily Webb were serving here.  I was so warmly accepted from the beginning and love being a part of Vineville again.

I am a member of the Altar Guild and I chair the Altar Flower Delivery  committee as well as the Card Ministry.  I have just completed a 2 year term as Social Chairman of the Webb Class and will now be a part of the Care and Concerns Committee.  I also enjoy
attending the  Wednesday night
suppers.    Not only do I love flowers, I also enjoy gardening. I feel so very blessed to live near my daughter, Kelly Solomon and her husband, Steve.  I have three grown grandchildren and two great-grandchildren who live in Macon.  I also have a son, Gene, and his wife, Stacey, who have a baby girl and live in Cumming, GA.

I never lost my interest in the medical field and always worked in doctors’ offices.  However, the job (or I should say blessing) I loved most was being a wife, mother, grandmother, and now great-grandmother.
Favorite vacations were trips to the beach with family.  We thoroughly enjoy getting together as a family to celebrate whatever the occasion may be.  Christmas Eve is very special to me as I go with Kelly and her entire family to Christ Episcopal Church for the family service and then dinner at her home.

Overall, I think the best thing Vineville Methodist has going for it is the friendly and accepting nature of its members as well as the community outreach carried out by our church.